The creative arts industry is one of (if not) the most unsupported industry by the government of Uganda. This is either attributed to a lack of understanding of the potential opportunities in the arts industry or no goodwill to create an enabling environment that can see it thrive. This may explain why Uganda Bureau of Statistics is ignorant about the contribution of the creative arts industry to national development, yet when artists exhibit their work, government agencies rush to collect taxes from them, an industry it has neglected.

The fact is that the value chain of the creative arts industry is a source of income to many people, art is also a visual language whose statements record man’s response to a multiplicity of environmental stimuli. Art therefore enables individuals with creative skills to widen the base of their participation in society, create jobs, self-reliance and establishes a cultural identity – understood as a way in which society preserves, identifies, organizes, sustains and expresses itself.

Much as regulators like the Uganda Communications Commission would want to suggest that the persons in the creative arts industry are disorganized and therefore want to streamline the sector and develop it, their approaches to regulation are suppressing and literally “killing” the arts industry. The recently passed regulations, to wit, the Stage Play and Public Entertainment Rules, S.I. No. 80 of 2019 and the Uganda Communication (Film, Documentaries and Commercial Still Photography) Regulations, S.I. No. 79 of 2019 are a reflection of a regulator who is ignorant about what is being regulated and has no intentions of supporting the arts industry to reach its full potential.

The Stage Play and Public Entertainment Rules, stipulate that each performance of an artist will happen upon the artist getting a permit from the commission. In obtaining the permit, there are charges levied and the UCC inspector has unfettered power to withdraw the permit even when the concert or performance is going on since the UCC will have to regulate and decide what content should be performed at the concert. With all intents and purposes, the framers of the regulations are detached from the realities of the creative industry and how it operates.

The fundamental question is what will be the yardstick for determining what content should be performed or not, the regulations don’t answer this question. Any attempt on curtailing free thought in the arts industry is an attempt of rendering arts useless. Imagine enjoying Fefe Bussi’s freestyle and the UCC inspector stops the concert on grounds that the free style was not approved by the commission.

The Rules further direct that no person should advertise a public performance without submitting a written application to the commission indicating that they own the work or have permission for the works to be performed. It’s laughable that such a demand is coming from a government that has continuously failed and has made no efforts to enforce the copyright law to help artists earn from their compositions.

The Uganda Communications (Film, Documentaries and Commercial Still Photography) Regulations stipulate that no person shall engage in any form of film production, still photography or engage in the business of film production without a license from the commission. In the application of such a license, the applicant shall attach a full description of all the scenes of the entire film and the text of all the music to be used in the film. In the event that the text is not in English, the applicant shall have to avail a full translation. Just wondering how Eddy Kenzo’s video director would have interpreted “Awamidu lesidu”, please UCC “mutuleke tweyagale.”

Furthermore, the applicant has to disclose his or her budget for the film and attach his or her net worth to prove financial capability. And UCC has the powers to require a bank guarantee or bond to support the application. The regulations are also to the effect that no person shall engage in any form of commercial photography without a license from the commission and upon which commercial photography will only take place in areas gazetted by the commission. In all this process UCC has the powers to monitor the content and confiscate the equipment at its discretion.

With these regulations in place, the work of musicians, record labels, video production companies, photographers, actors, painters, audio-visual content producers, advertising agencies, owners of recreational centers and other venues will be largely affected in the execution of their work at any stage of their contribution to the value chain of creative arts industry. The motivation of these regulations is a limitation to the constitutional right to practice one’s profession and to carry on any lawful occupation, trade or business and it’s unjustifiable in a free and democratic society as guided by the courts of law.

Regulations that seek to enforce arbitrary censorship and deter free thought in the creative arts industry and can’t afford artists the opportunity to practice their profession are draconian and unacceptable. Support the industry to grow instead of stifling it down and remember that it’s the human right that is fundamental but not the limitation. 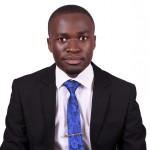 Wandera Andrew is a Lawyer at Amber Advocates.

Tactics you could use to negotiate a great venture capital/equity financing deal ...

Options for an oppressed shareholder